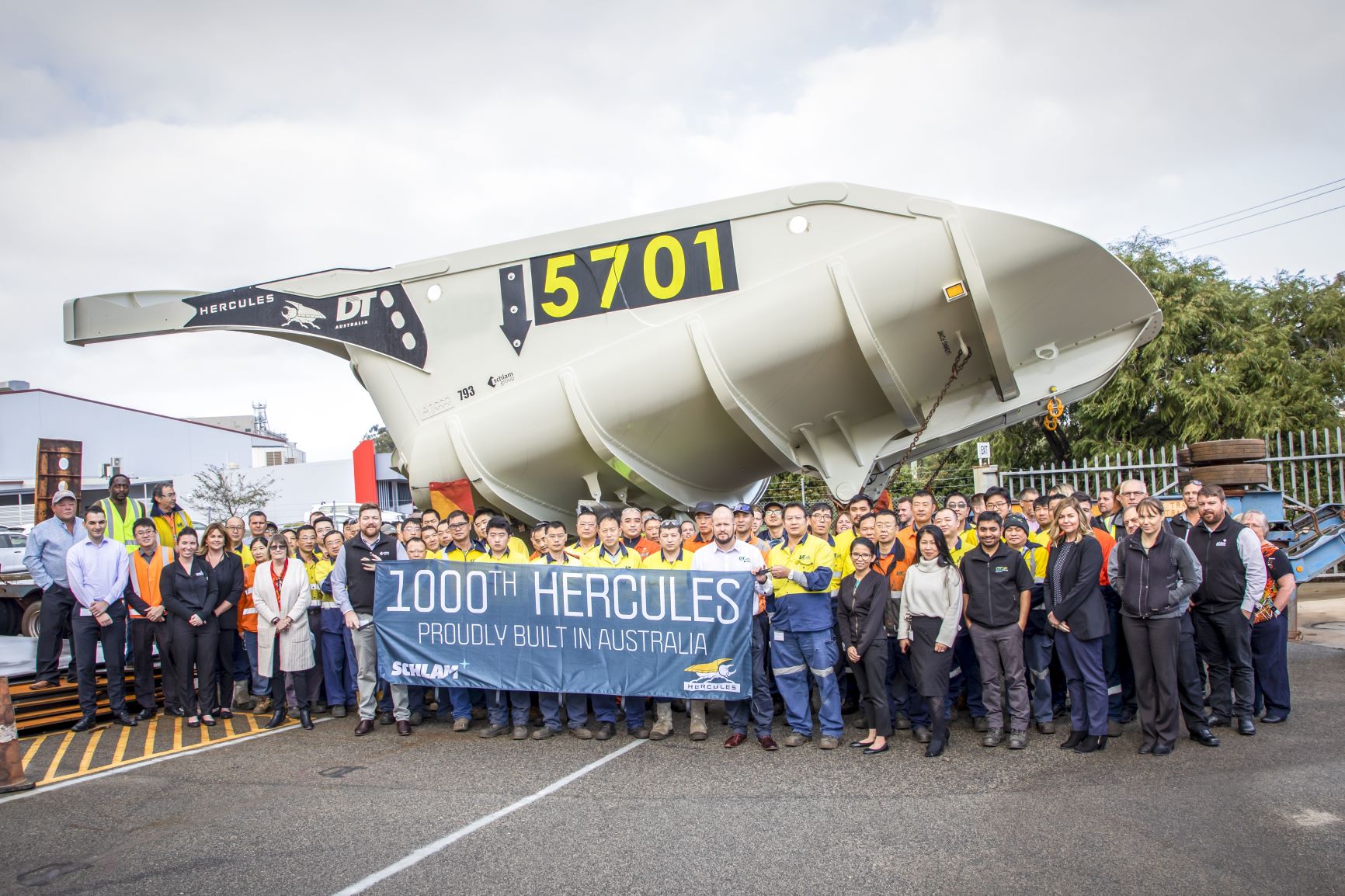 In July this 2020, Schlam reached a milestone of manufacturing its 1,000th Hercules dump body in Australia.

Now in its 12th incarnation, the Schlam Hercules has become the body of choice for many of the most significant Tier 1 operators, OEM truck builders and mining contractors in Australia.

“Our manufacturing division is filled with some of the most dedicated and hardworking individuals I've ever met. And, when they work together, anything is possible.

“The last financial year broke sales records for the Hercules. While this created pressure for the manufacturing team, they were quick to adapt and come up with innovative solutions to increase capacity,” said Glenn.

The first Hercules was manufactured in Australia in 2003, and it took 17 years to reach the 1,000th achievement.

While not a gambling man, Glenn says that he expects the company to reach 2,000th milestone in less than a third of that time.

“The future is bright for the Hercules. Our engineering and R&D department are coming out with new variations of the design regularly, and our sales team have been assertively searching for new opportunities and clients,” said Glenn.

The DT HiLoad Hercules is now called the Schlam Hercules.

DT HiLoad has been a part of Schlam since 2016, and all Hercules dump bodies have been engineered and manufactured in Schlam’s Australian and international facilities ever since.

The thinking and engineering innovations that resulted in the development of the original DT HiLoad Hercules curved dump body are still very much part of our business today.

Under Schlam, the ground-breaking Hercules design has continued to improve, whilst OEM dump truck bodies have virtually remained unchanged. This is why more Hercules are sold today at any time in history.

Visit https://info.schlam.com/payload-hercules-hx for more information about the Hercules and to download the 1,000 HERCULES CASE STUDY.

END_OF_DOCUMENT_TOKEN_TO_BE_REPLACED

WHY WE USE HARDOX® WEAR PLATE IN THE HERCULES HX

END_OF_DOCUMENT_TOKEN_TO_BE_REPLACED

Our sophisticated design capabilities enable us to offer clients completely customised solutions to the most complex issues.
END_OF_DOCUMENT_TOKEN_TO_BE_REPLACED

The breadth of services offered by Schlam ensures that we are able to satisfy all fabrication and wear management services.
END_OF_DOCUMENT_TOKEN_TO_BE_REPLACED

Over the years, Schlam has gained extensive experience in superstructure repair from onsite jobs to major overhauls conducted at our workshop facility. Our experience includes the repair of vehicle bodies,.
END_OF_DOCUMENT_TOKEN_TO_BE_REPLACED