A long-term client of Schlam’s recently changed their mine plan.

The client, operating a hard rock gold mine in the Goldfields, previously utilised a Hercules body that could go 30,000 to 35,000 hours with zero maintenance. The previous design incorporated a hybrid floor with a wear package. However, the client's new mine plan called for a lighter design that carried approximately five tonnes of extra payload per pass. 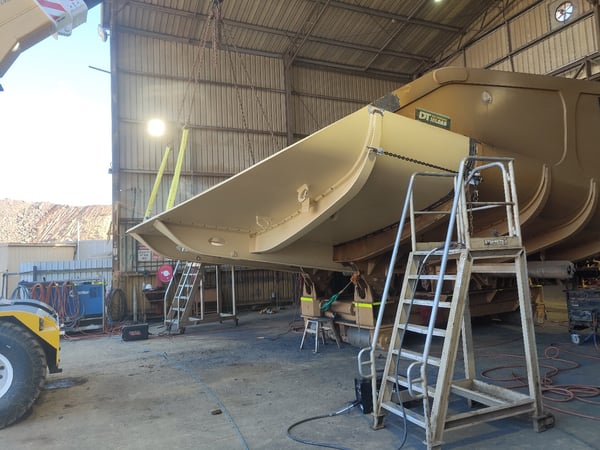 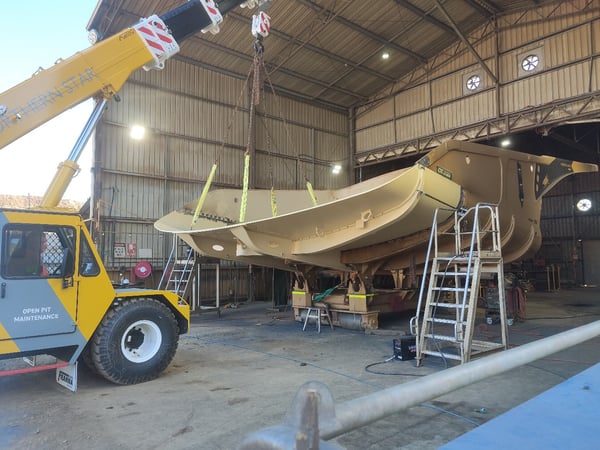 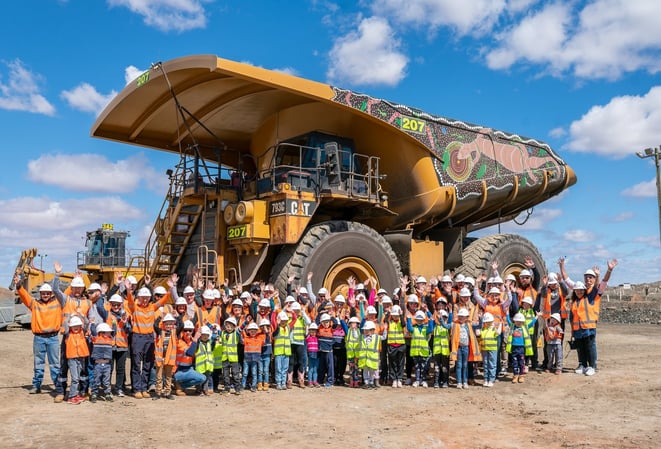 The client had ordered over twenty lighter weight Hercules bodies to suit the updated mine plan; however, they were left with five of the previous design.

The client approached Schlam and asked for potential options.

Schlam’s engineering and aftersales teams met with the fabrication division to devise a solution to upgrade the five dump bodies and see them become working assets for the company once again.

Schlam engineering devised a plan to remove the rear third of the floor section and replace it with a lighter product.

The lighter tail section was manufactured in Forrestfield and delivered to the client’s site in Kalgoorlie, where Schlam’s fabrication team took over the project.

Initially, the intention was to use a forklift to install the new tail section; however, this was deemed unsafe due to the precise angle required to complete the fitment. The team altered their plans and brought in a crane, which needed lugs to be welded onto the new section.

The project was completed on budget and a day ahead of schedule despite numerous challenges.

The five Hercules trays were successfully upgraded and brought closer to the goal weight laid out in the updated mine plan.

The client’s maintenance supervisors were impressed with the fabrication team's work ethic and their work, all conducted in testing conditions.

A long-term client of Schlam’s recently changed their mine plan.
END_OF_DOCUMENT_TOKEN_TO_BE_REPLACED

Dawson Mine is an open-cut metallurgical coal mine operation made up of three operating pits – North, Central and South. It commenced operations in 1961 and is one of the oldest coal mining operations in.
END_OF_DOCUMENT_TOKEN_TO_BE_REPLACED

The breadth of services offered by Schlam ensures that we are able to satisfy all major mobile plant shut downs.
END_OF_DOCUMENT_TOKEN_TO_BE_REPLACED