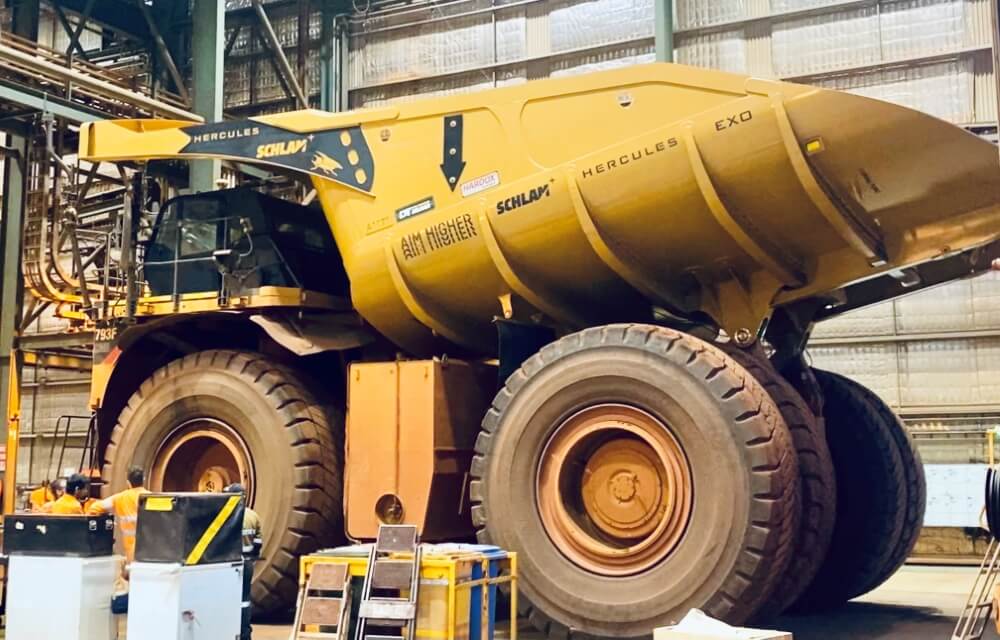 The Hercules EXO is a 240-tonne class iron ore specific dump body that is 20 per cent lighter than the company's already class-leading Hercules. The decreased weight gives miners a greater payload potential, while a complete redesign and innovative material selection have resulted in a 100 per cent increase in service life.

Schlam CEO, Matt Thomas, says that miners had to compromise between payload and longer service life before the Hercules EXO arrived in the market.

“The Hercules EXO is an ultra-lightweight body that maximises payload without sacrificing body life or requiring the addition of wear packages.”

“It is the culmination of 20 years of continuous improvement and innovation wrapped into one high-performance dump body,” Matt stated. 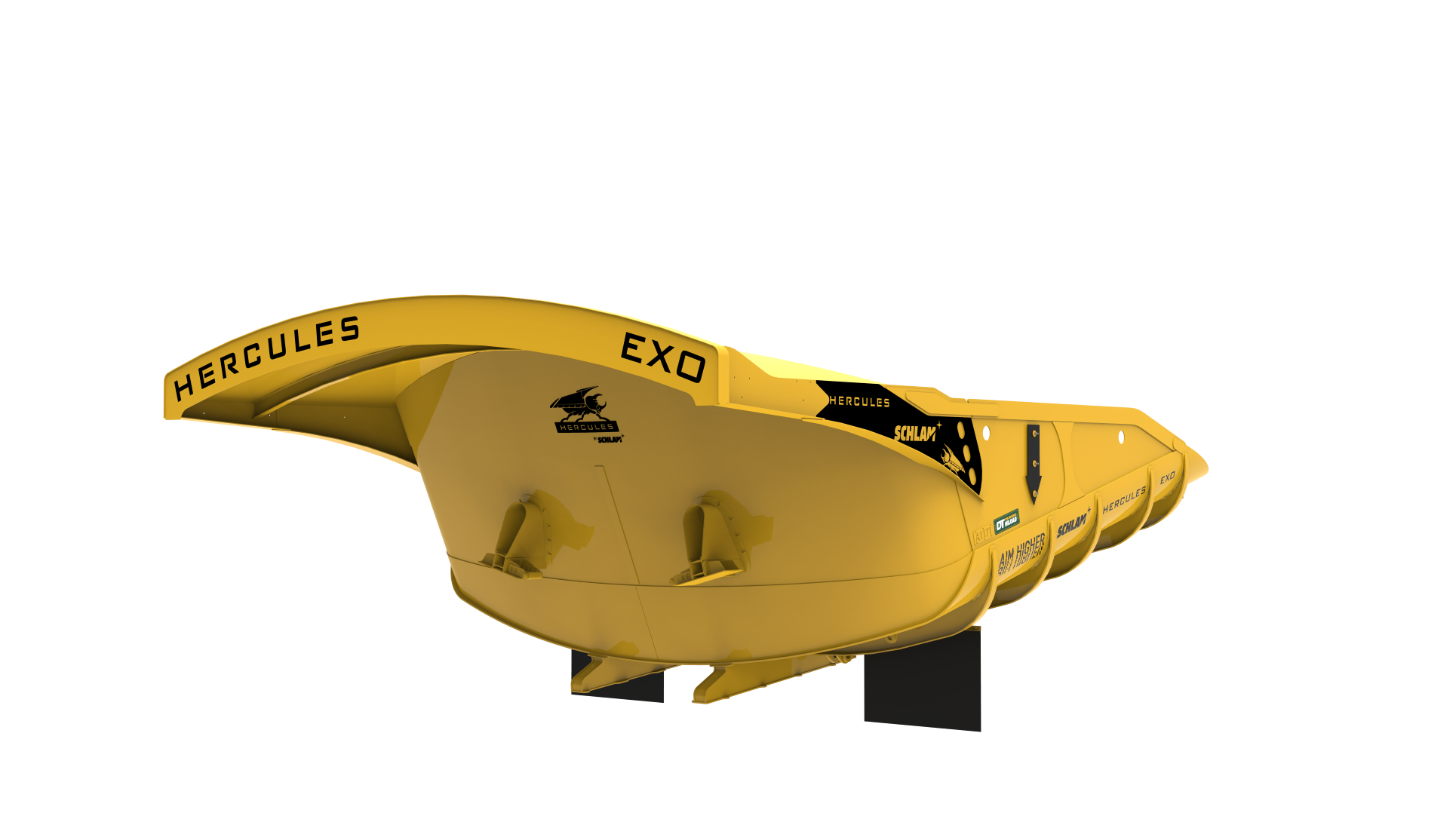 “The team looked at the structural componentry individually to reduce weight so we can maximise steel thickness in the wearing areas, where it really matters.”

“Using hybrid steel thickness, combined with Hardox® 500 Tuf steel from Swedish steelmaker SSAB in the wearing areas means that the EXO has a service life more than double other lightweight options.” Matt continued.

The extra service life has three added benefits: cost, safety, and the environment.

Compared to the heavy-duty products on the market that utilise liner packages, the payload potential of the Hercules EXO is far more significant. It also does not require the labour-intensive wear plate replacement events needed to achieve target body life. 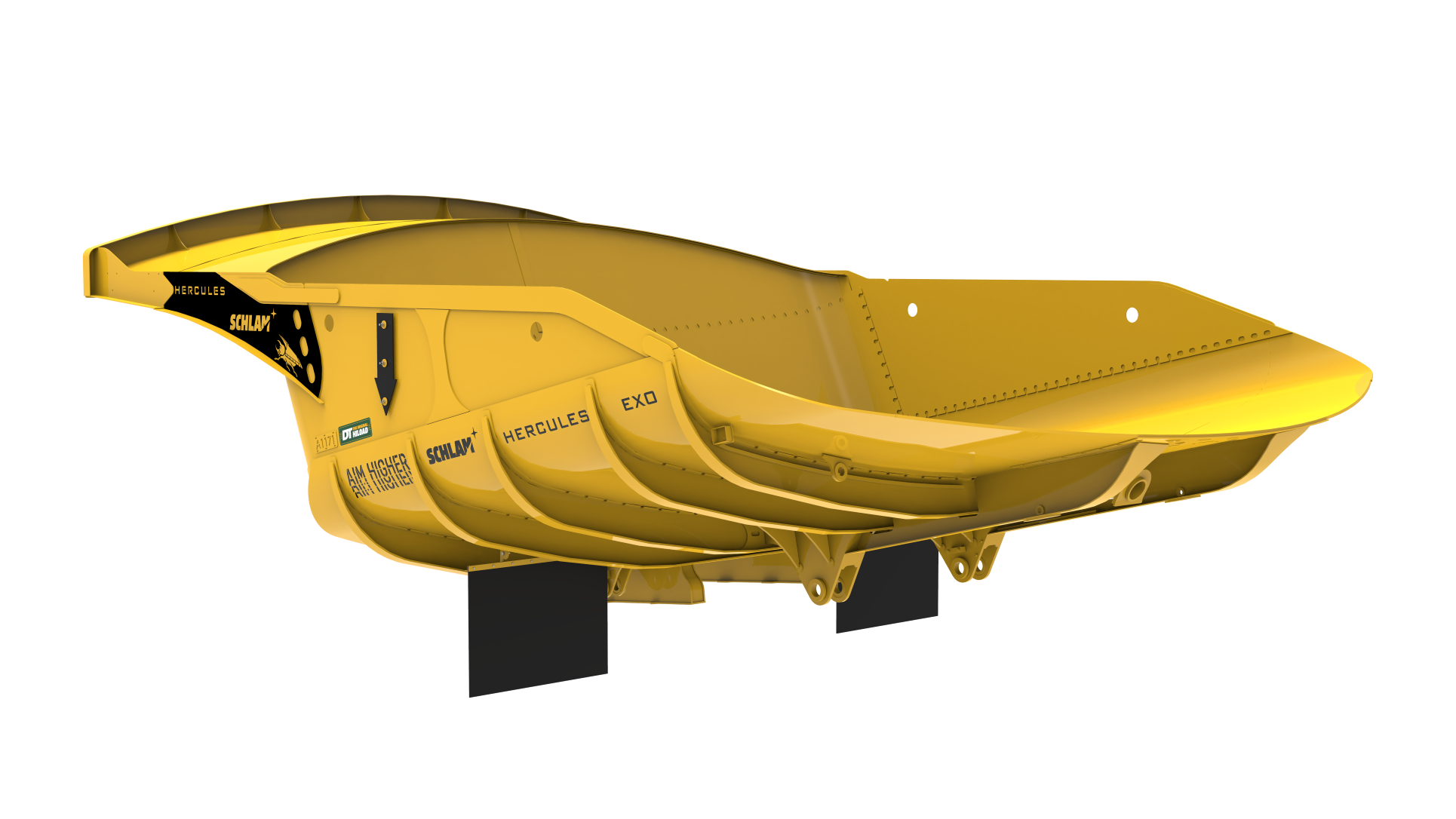 “When you factor in stored energy, working at heights, craneage, welding and more, liner replacement is high-risk work. The Hercules EXO removes these risks making it a safer option for miners." Matt explained.

The EXO project was completed in close consultation with Schlam’s customers, who revealed that carbon impact is increasingly coming to the forefront of their concerns.

“It’s no secret that steel production creates a lot of carbon. However, having a dump body that uses less steel in the original manufacturing process and only needs to be replaced every eight years rather than every four has a massive net benefit on carbon production," said Matt.

How Good is WA Manufacturing?
END_OF_DOCUMENT_TOKEN_TO_BE_REPLACED

A long-term client of Schlam’s recently changed their mine plan.
END_OF_DOCUMENT_TOKEN_TO_BE_REPLACED

Dawson Mine is an open-cut metallurgical coal mine operation made up of three operating pits – North, Central and South. It commenced operations in 1961 and is one of the oldest coal mining operations in.
END_OF_DOCUMENT_TOKEN_TO_BE_REPLACED

The breadth of services offered by Schlam ensures that we are able to satisfy all major mobile plant shut downs.
END_OF_DOCUMENT_TOKEN_TO_BE_REPLACED