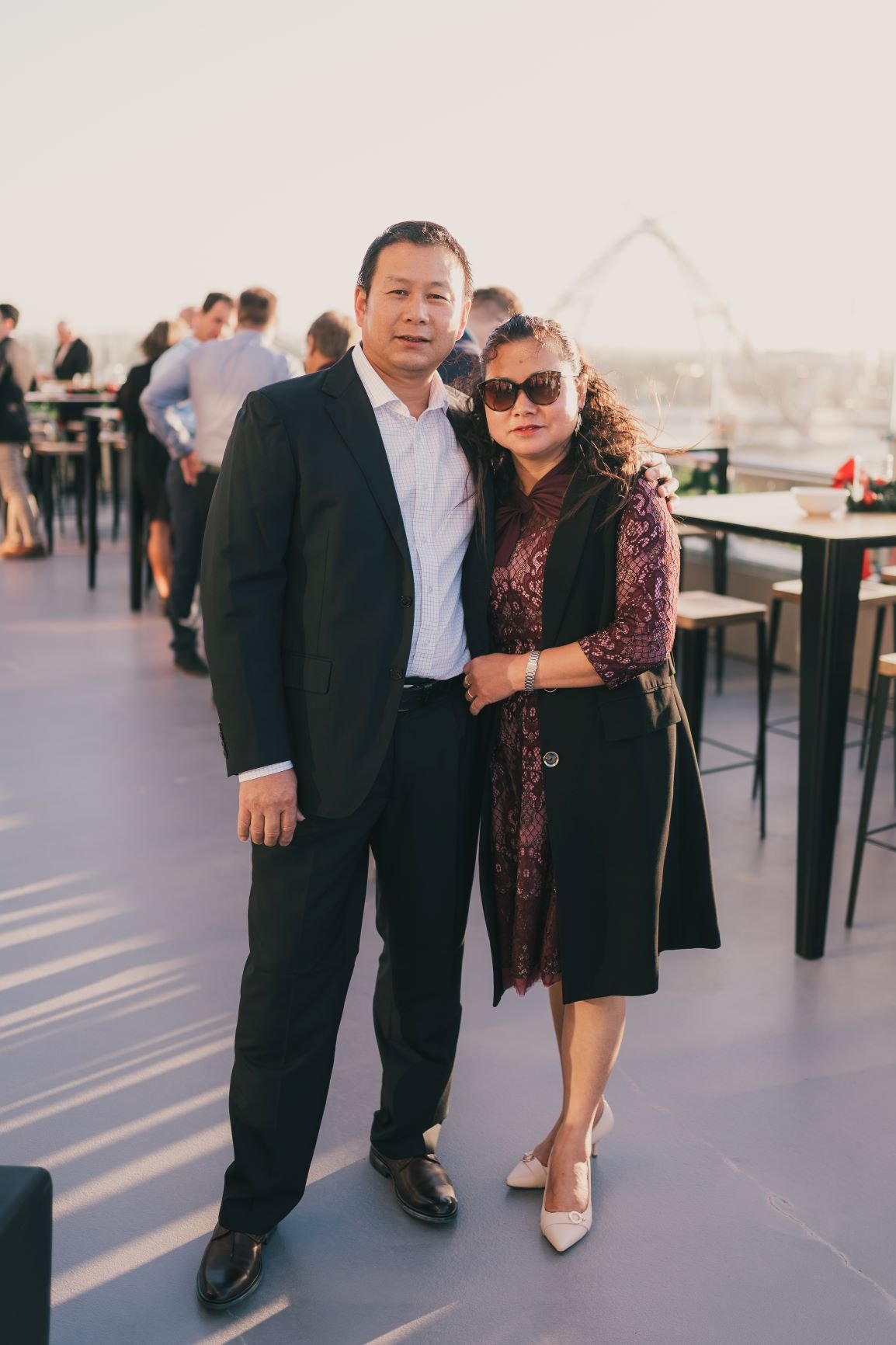 No one embodies Schlam’s motto of making the customer experience exceptional as much as manufacturing superintendent Cai Yzhang. Every day he gives 100 per cent to his duties, the men, and women he manages, the products he plays a hand in producing and above all, his family.

The amazing thing is that Cai has been delivering to this level for the last 15 years, first starting with DT Hiload in 2006.

While Cai’s daily efforts inside the company are well-known, the story of how he came to work here is more of a mystery.

“I come from a country area of Sichuan in China, nearly 2,000 kilometres from Beijing,” said Cai.

“I didn’t go to high school. I left school early to work with my father to learn how to fix diesel engines and be taught how to sew. I also learnt to weld, and in 1988 I said to my father that I wanted to become a welder."

Lucky for us, Cai's father agreed, and he went on to master the art of welding. His new skills landed Cai a career working with Chiwan Sembawang, a heavy industrial fabrication company that can manufacture 20,000 plus tonne structures.

In 2006, Cai and seven of his peers from the company were chosen to work DT Hiload in Australia.

“I flew from my home to Beijing first, then to Hong Kong, before finally arriving in Perth. We went straight from the airport and to the DT HiLoad factory in Forrestfield,” said Cai.

In those days, the company was owned by Brandril and was much smaller than it is today.

Cai first started as a welder and progressed to be a welding inspector in 2008, when the company was sold to Ausdrill in 2010. He had progressed to the role of supervisor, tackling day shifts, night shifts and field services jobs, which saw him travel around Australia and overseas.

"I got to work to Telfer, Kalgoorlie, Cape Preston as well as Queensland and New South Wales. However, some of my most memorable experiences were when I travelled abroad to Indonesia and Zambia,” said Cai.

While the international jobs were challenging, Cai remembers them fondly. A small team from the company spent a month in Zambia constructing four trays, partially built in Perth and then shipped overseas. The team returned to the African nation to make a further two Hercules trays soon after returning to Australia.

By the time Schlam took over DT HiLoad in 2016, Cai had progressed to the role of manufacturing superintendent, the job he still holds today.

Though DT HiLoad was a strong performer for Ausdrill, the company exited the manufacturing business to divest from non-core businesses.

Cai says that Schlam’s purchase of the company reinvigorated the business.

“Up until 2016, we manufactured only 420 bodies in total. Just five years later, we've manufactured more than 1,400. Not only that we're selling to some of the biggest names in the mining business, and we're providing full-time employment for hundreds of people and helping them provide for their families,” said Cai

As a family man himself, this last point strikes a chord with Cai. The company helped bring his beloved wife to Australia in 2007 and his three daughters in 2008. The superintended and his wife went on to have a son in Perth in 2011.

Even though Cai has been working for Schlam for the last 15 years, he still approaches each day as his first, inspiring people in every corner of the business with his boundless energy and enthusiasm.

Cai is grateful to all the people who have helped him along the way, particularly company founder and director Ryan Schlam who entrusted him to look after a large workforce.

“I’d like to thank my wife in particular for understanding and supporting everything that I do for Schlam. Without her, none of this would be possible,” said Cai.

200KMS IN 2DAYS - ALL IN THE NAME OF CANCER RESEARCH

At Schlam, our values run deep. It is ingrained into everything we do. One of our most poignant values at our[...]
END_OF_DOCUMENT_TOKEN_TO_BE_REPLACED

This week, Manh Vo joined Schlam as People Solutions’ People and Culture Advisor. Mahn has worked in the human[...]
END_OF_DOCUMENT_TOKEN_TO_BE_REPLACED

APPRENTICESHIPS – THE ANSWER TO THE MINING INDUSTRY’S SKILLS SHORTAGE

There is no secret that the mining industry is experiencing a considerable skills shortage, and unsurprisingly,[...]
END_OF_DOCUMENT_TOKEN_TO_BE_REPLACED

How Good is WA Manufacturing?
END_OF_DOCUMENT_TOKEN_TO_BE_REPLACED

A long-term client of Schlam’s recently changed their mine plan.
END_OF_DOCUMENT_TOKEN_TO_BE_REPLACED

Dawson Mine is an open-cut metallurgical coal mine operation made up of three operating pits – North, Central and South. It commenced operations in 1961 and is one of the oldest coal mining operations in.
END_OF_DOCUMENT_TOKEN_TO_BE_REPLACED

The breadth of services offered by Schlam ensures that we are able to satisfy all major mobile plant shut downs.
END_OF_DOCUMENT_TOKEN_TO_BE_REPLACED