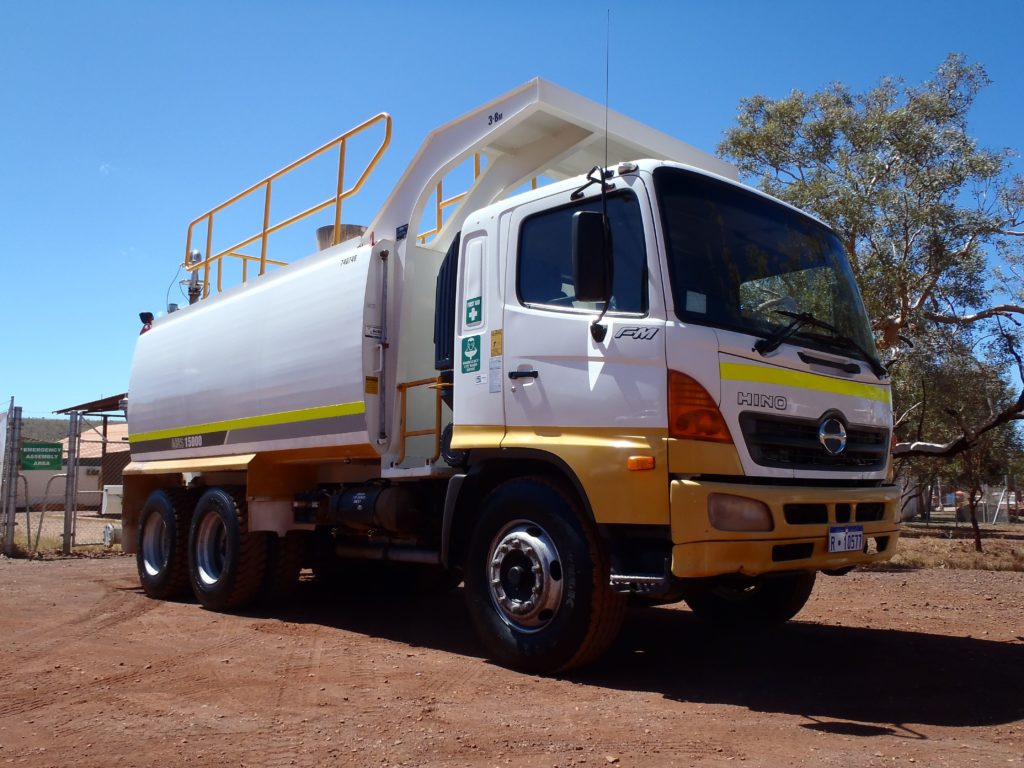 Attention to detail is a highly coveted skill in many occupations. If you overlook details and make mistakes, you won’t last long as a reporter, an auditor, a wedding planner or even a tombstone engraver.

Attention to detail is also an essential quality in HD fitters working on mining sites. They are generally required to inspect, repair and maintain heavy equipment. But how can they spot a problem when it’s under layers of grease, grime and dirt?

It’s this problem that led Darren Waters to start The Pilbara Clean Machines or TPCM in 2006.

“I was the branch manager for Hitachi, where I had to organise all the NDT work for customers, and their equipment was always too dirty.

Now part of Schlam, TPCM has over 60 employees who work with clients such as FMG, BHP, Rio Tinto, Mineral Resources and Macmahon.

He explains that machines traditionally come in for their major annual repair where they are checked for significant structural damage. However, performing this inspection is always easier if the equipment is as clean as it can be.

“These inspections are visual, so the extra time that we spend cleaning a machine is made back in spades. That’s the true value of what we do is that these guys can quickly perform a thorough inspection and get their equipment back into operation faster,” says Darren.

The cleaning rigs that TPCM uses are purpose-built. According to Darren, they spray at around 4,000 psi and 80 degrees Celsius, which is just hot enough to melt grease. They also inject soap into the water to soften it up. On a single piece of equipment, a crew of four people will use 15,000 litres or 20 litres a minute per operator per minute.

Darren says is it would have to be one of the dirtiest jobs in the world, but despite this, it’s quite enjoyable.

“It’s quite relaxing. Plus, you can see your progress, and you get a sense of satisfaction when you finish the job at the end of the day,” he says.

Troy Spencer, who has been with the company for five and a half years, agrees, saying that you either love it or you hate it.

Despite having some pressure washing experience, Troy admits that working in the mining industry was a bit of a culture shock.

“The resources industry is a different ballgame. I wasn’t aware of all the safety requirements,” he says.

“With pressure washing, you can’t be in the line of fire. We start high and always aim at the ground or away from the equipment.”

On top of this, workers are fitted out with all the correct PPE, including visors and steel cap gumboots. Guys also wear paper and plastic overalls like that of a surgeon, which they can remove in a hurry when they knock off at the end of their shift.

“Cleanliness is next to godliness”; sage advice on the importance of clarity and spotlessness for higher functions[...]
END_OF_DOCUMENT_TOKEN_TO_BE_REPLACED

Schlam is pleased to announce that it is one of three companies to have been selected to sit on a panel to provide[...]
END_OF_DOCUMENT_TOKEN_TO_BE_REPLACED

Schlam has recently completed a successful shut down for a gold miner in WA’s South West. The 64 man project was[...]
END_OF_DOCUMENT_TOKEN_TO_BE_REPLACED

How Good is WA Manufacturing?
END_OF_DOCUMENT_TOKEN_TO_BE_REPLACED

A long-term client of Schlam’s recently changed their mine plan.
END_OF_DOCUMENT_TOKEN_TO_BE_REPLACED

Dawson Mine is an open-cut metallurgical coal mine operation made up of three operating pits – North, Central and South. It commenced operations in 1961 and is one of the oldest coal mining operations in.
END_OF_DOCUMENT_TOKEN_TO_BE_REPLACED

The breadth of services offered by Schlam ensures that we are able to satisfy all major mobile plant shut downs.
END_OF_DOCUMENT_TOKEN_TO_BE_REPLACED