HOW A HUMBLE SHACKLE, CO-DESIGNED BY SCHLAM, WON GOLD AT QLD MINING AWARDS 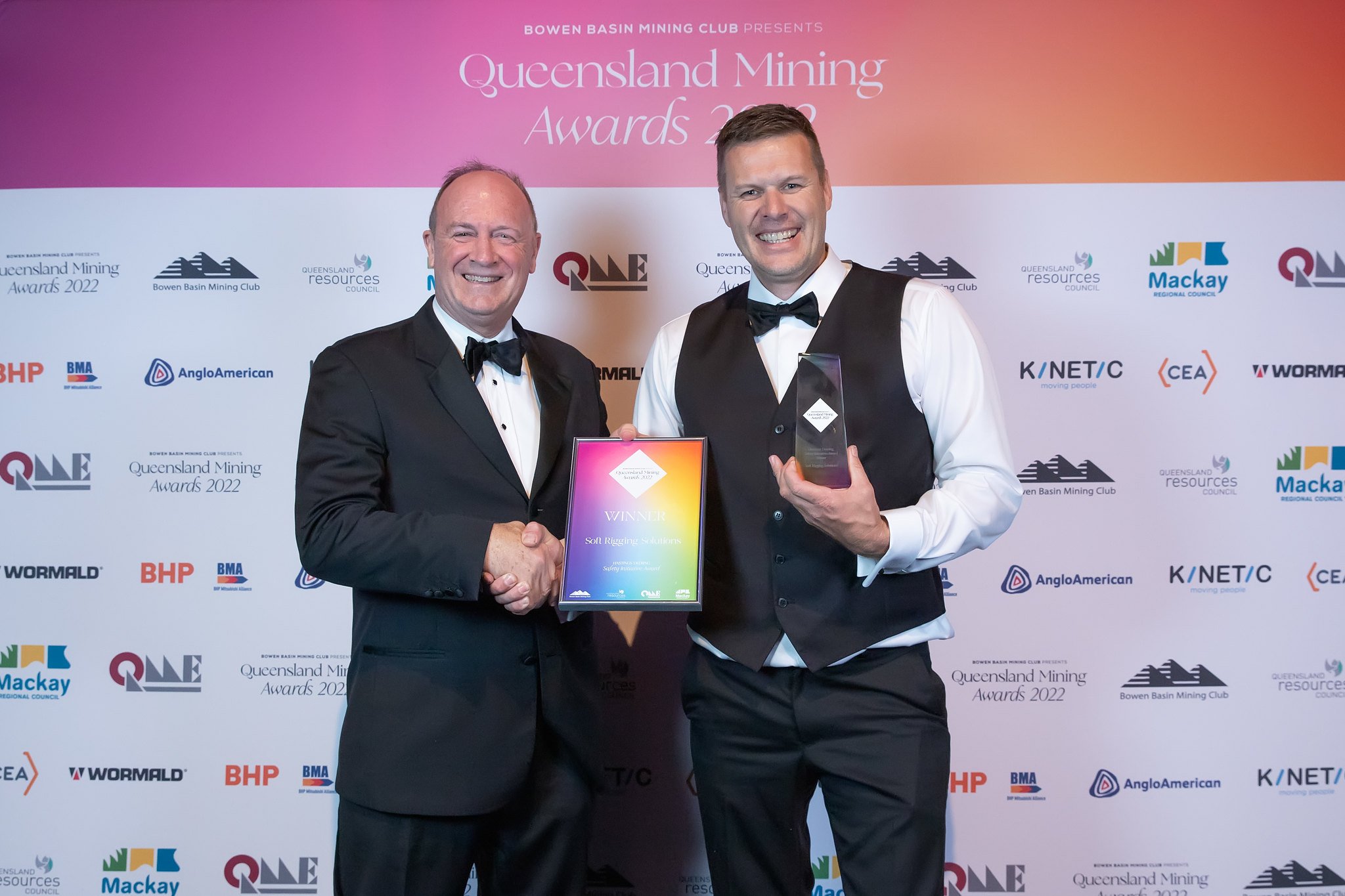 A chance encounter at the WA Mining Conference & Exhibition in 2021 led Schlam to collaborate with Queensland-based Soft Rigging Solutions (SRS) to develop a lightweight, yet high-strength, Tray Retention System (TRS). One year later, this very encounter has resulted in taking out the winner’s trophy for the Hastings Deering Safety Initiative Award at the 2022 Queensland Mining Awards in Mackay.

Historically, a Tray Retention System has used lifting shackles and slings as a universal and readily available method in the mining industry, however, the weight – around 28 kgs – meant that they often require two maintainers to install each end and that out-of-position lifting of the shackle, as well as the sling, can result in injury. Not only are they traditionally cumbersome to lift and attach to the chassis and the dump body, but it also creates ergonomic issues for the user.

Schlam has previously used chains as the SUD, however, we wanted to explore safer options that could be moved into place by almost anyone on a mine site to promote inclusivity.

Despite numerous constraints, including COVID-19, a fully engineered prototype was developed within six months, with an updated commercially available version developed less than three months after the first trial. 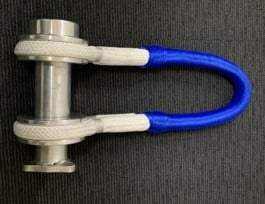 “The mining industry has placed a large focus on innovation in recent years and this project shows that simple ideas can be just as effective at improving conditions on site as the complicated, expensive ones” Tom explains.

The Orion shackle and slings weigh a total of 4.2 kgs compared to the 28 kgs that traditional steel shackles and slings weigh, meaning that one maintainer can install them. The TRS increases safety by significantly reducing out-of-position injuries and promotes inclusivity because almost anyone on a mine site can install it.

As Tom reflects on the project, he speaks proudly of the innovative collaboration.

“Schlam promotes inclusion and safety within our industry, regularly introducing new safety improvement products into the market and we were thrilled to be part of this project with Soft Rigging Solutions,” he said.

The Orion shackle is made from Dyneema, which is 15x stronger than steel at the same weight, with a tensile strength up to 43 cN/dtex. While strong and lightweight, the material also has minimum recoil, which is a concern in the mining industry following several fatalities from stored energy.

SRS had been producing its larger Poseidon shackles for some time as a replacement for heavy steel D-Shackles, which are used to attach slings to broken or bogged mining equipment such as dozers, dump trucks and diggers. At this time, the shackles had not been used for this application.

After a period of conceptualisation, SRS provided Schlam with two prototype Orion shackles for an initial trial in November 2021, less than six months after representatives from the two companies first met.

The TRS package is now being sold to clients across WA and Queensland.

Congratulations to all other winners of the 2022 Queensland Mining Awards!

Nearly 1,500 Hercules dump bodies have been designed and deployed across Australia, and that number is growing by[...]
END_OF_DOCUMENT_TOKEN_TO_BE_REPLACED

Dump bodies are moving into the earthmoving spotlight with a series of high-performance innovations that boost[...]
END_OF_DOCUMENT_TOKEN_TO_BE_REPLACED

How Good is WA Manufacturing?
END_OF_DOCUMENT_TOKEN_TO_BE_REPLACED

A long-term client of Schlam’s recently changed their mine plan.
END_OF_DOCUMENT_TOKEN_TO_BE_REPLACED

Dawson Mine is an open-cut metallurgical coal mine operation made up of three operating pits – North, Central and South. It commenced operations in 1961 and is one of the oldest coal mining operations in.
END_OF_DOCUMENT_TOKEN_TO_BE_REPLACED

The breadth of services offered by Schlam ensures that we are able to satisfy all major mobile plant shut downs.
END_OF_DOCUMENT_TOKEN_TO_BE_REPLACED