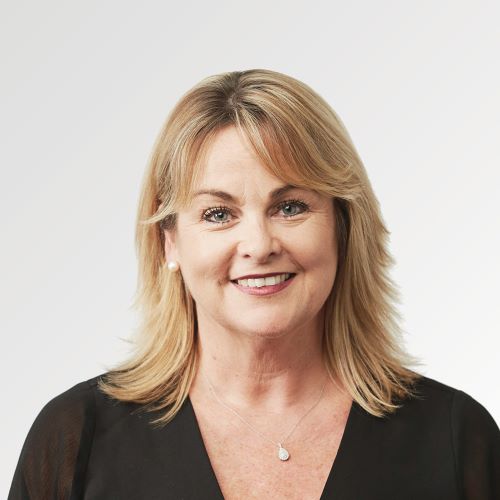 The path less travelled can sometimes lead to the most rewarding destinations.

In the workplace, the path for some is a direct route. While the course for others, including Schlam’s Human Resources Manager, involves many stops along the way to gather chunks of wisdom to help when they arrive at their destination.

These stops along the way now give Anna a unique perspective on selecting and retaining talented individuals who live and breathe Schlam’s Ideology.

Anna, who has been at Schlam for three and half years, initially came on board as the executive assistant to company founder and Director Ryan Schlam.

“It was a first-time experience for Ryan, but we quickly built up a great working rapport,” said Anna.

Anna started her path via a traineeship at Wigmores, which operated the biggest Caterpillar dealership outside of America. She joined in a turbulent time for the business just after Alan Bond acquired it through his takeover of Bell Group from Robert Holmes a Court. Bond almost immediately put Wigmores on the market.

The company was renamed Morgans in 1989 when American Hal Morgan briefly owned it and then WesTrac in 1990 when Kerry Stokes purchased it.

Anna saw these events first-hand, staying with Wigmores for 14 months before shifting over to Morgans and then WesTrac.

“It was a clerical traineeship, and I worked a lot with the finance team. It was like a family. The people were marvellous,” reminisced Anna.

Her first job full-time job at Morgans was as a fax operator in the sales division, which in those days was headed up by Jim Walker, who later went on to become CEO of WesTrac. Anna worked in various roles at the company, including nine years in procurement.

“After working in procurement, I was looking for a change, and I was brought into the marketing department briefly before becoming Jim Walker’s (who has risen to CEO at the time) executive assistant for 11 years before he retired,” said Anna.

After almost reaching 30 years of service at the company, Anna said she was ready for a change and jumped at the opportunity to switch to Schlam.

She describes her time at Schlam as a great learning curve, initially starting as Ryan’s Executive Assistant before taking on the role of Human Resources Advisor and, more recently, Human Resources Manager.

Reflecting on her transition, Anna said it's not something that she predicted but was an opportunity that she’s grateful to have been provided.

“It was a step-by-step process, and I have received various amounts of mentorship and guidance along the way.

“I’ve never sat back and said that’s not for me to do, or that’s not my job.

“You learn so much more when you ask questions, and you become a greater asset to the company when you ask to be shown how to do something rather than passing the buck and getting someone else to do it for you,” said Anna.

Growing with the company would not have been possible without the support of her peers within the company and mentorship from Schlam Chairman Colin Bell, Founder Ryan Schlam, and more recently, CEO Matt Thomas.

On top of support from within the company, Anna is most grateful for the support she received from her parents.

“They did the school drop-offs and pickups, but I was still able to maintain a strong relationship with my two daughters, who are now beautiful young adults and my greatest achievement."

The Hunter Region, also commonly known as the Hunter Valley, is a region of New South Wales, Australia, extending[...]
END_OF_DOCUMENT_TOKEN_TO_BE_REPLACED

In January 2021, Schlam CEO, Matt Thomas, held a series of Townhall presentations at the company's locations in[...]
END_OF_DOCUMENT_TOKEN_TO_BE_REPLACED

Dawson Mine is an open-cut metallurgical coal mine operation made up of three operating pits – North, Central and South. It commenced operations in 1961 and is one of the oldest coal mining operations in.
END_OF_DOCUMENT_TOKEN_TO_BE_REPLACED

The breadth of services offered by Schlam ensures that we are able to satisfy all major mobile plant shut downs.
END_OF_DOCUMENT_TOKEN_TO_BE_REPLACED

Our sophisticated design capabilities enable us to offer clients completely customised solutions to the most complex issues.
END_OF_DOCUMENT_TOKEN_TO_BE_REPLACED