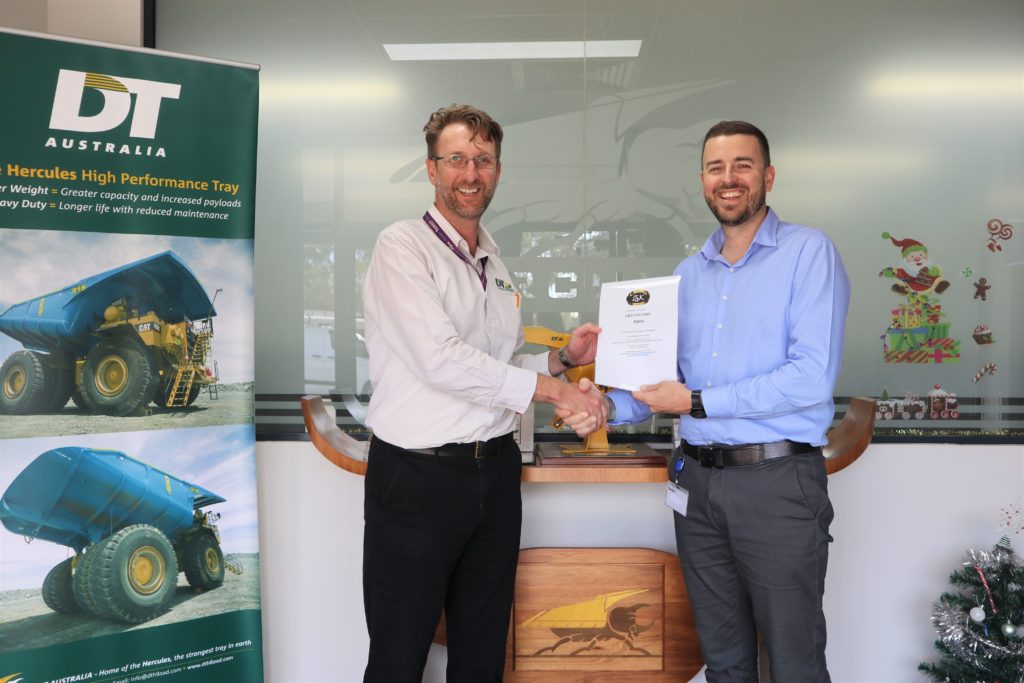 Matt Perry's career has, in many ways, come full circle. He completed his apprenticeship in vehicle bodybuilding in Brisbane and now works as a Technical Support Manager for Schlam Payload Solutions.

But unlike the behemoths that Schlam constructs, he started out working on commercial builds in Queensland such as ambulances, fire engines and other service vehicles.

The fact that he ended up working in this field at all is somewhat quizzical.

"I wanted to become an electrician but the only pre-vocational course they had going at the time was in bodybuilding," says Matt with a grin.

He was lured to the West in 2000 when a position with Austal Ships arose.

"I was working in the shipyards for five years including working in the port city of Mobile in Alabama where I was involved in setting up a yard for the company," says Matt.

It's Matt's time in the industry that got him interested in sailing, and nowadays you can likely find him on a friend's yacht whenever he gets the opportunity.

In 2009, Matt joined Schlam in Boddington as a boilermaker. It was the height of the mining boom, and according to Matt, it was hard to resist.

Recently celebrating his tenth anniversary working for the Schlam, Matt has worked in numerous roles in that time beginning with leading hand and planning positions at Boddington. He's completed his Diploma of Project Management with the support of the company and later worked in asset management and project management within the group.

Matt admits that he's taken the path less travelled to work his way up through the ranks but says that is one of the benefits of working in the resources sector.

"There are lots of opportunities in the mining industry. In many ways, the hands-on knowledge that you pick up in an apprenticeship or when you have boots on the ground is far more valuable than anything you will learn from a book.

"That said, there are so many different types of jobs available in the industry that there's room for people with a range of skills from all different backgrounds," says Matt.

These days, Matt is putting his technical and management talents to the test working as Schlam's Technical Support Manager working on the BHP Account.

He says that the job requires excellent attention to detail, something he prides himself on.

"One of the things that I most enjoy is helping our clients achieve their goals. We set out a strategy for them that's in their best interests, and then we work to make sure that we deliver on our promises.

"The fact that we can earn and maintain the trust of a high-profile client such as BHP is a testament to what we as a team can do," says Matt.

The Hunter Region, also commonly known as the Hunter Valley, is a region of New South Wales, Australia, extending[...]
END_OF_DOCUMENT_TOKEN_TO_BE_REPLACED

In January 2021, Schlam CEO, Matt Thomas, held a series of Townhall presentations at the company's locations in[...]
END_OF_DOCUMENT_TOKEN_TO_BE_REPLACED

The path less travelled can sometimes lead to the most rewarding destinations. In the workplace, the path for some[...]
END_OF_DOCUMENT_TOKEN_TO_BE_REPLACED

The breadth of services offered by Schlam ensures that we are able to satisfy all major mobile plant shut downs.
END_OF_DOCUMENT_TOKEN_TO_BE_REPLACED

Our sophisticated design capabilities enable us to offer clients completely customised solutions to the most complex issues.
END_OF_DOCUMENT_TOKEN_TO_BE_REPLACED

The breadth of services offered by Schlam ensures that we are able to satisfy all fabrication and wear management services.
END_OF_DOCUMENT_TOKEN_TO_BE_REPLACED