A DUMP TRUCK BODY WITH A HERCULEAN HAULING HERITAGE 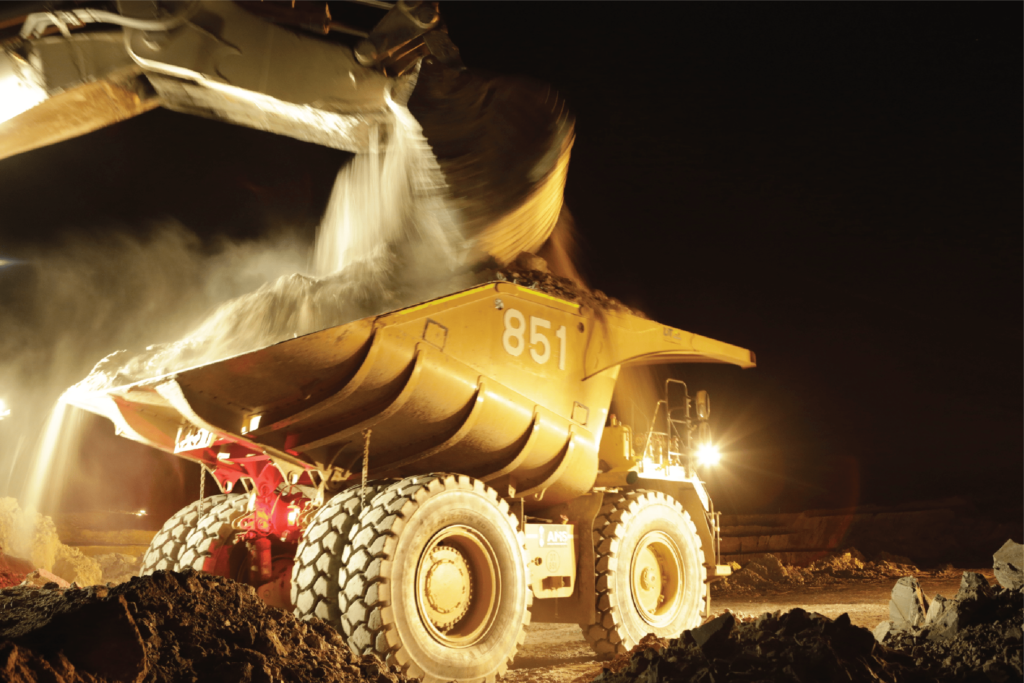 The Hercules Beetle is a species of rhinoceros beetle native to the rainforests of South America. Not only is the beetle the longest in the world, but measuring up to a whopping 18 centimetres in length, it’s also a talented weightlifter.

Much in the same way as the beetle it shares its name with, Schlam’s Original DT HiLoad Hercules dump body has been helping OEM trucks to carry more due to its lighter weight for nearly two decades.

Tom Smith, engineering manager for Schlam, says that the company has options for bodies that are up to ten tonnes lighter than competitors with comparable floor thicknesses.

“Decreased body weight means an increased payload potential, which enables a mine site to either haul the same amount of material using fewer truck hours or haul more material with the same number of truck hours.

“Either way, the operating cost per tonne is dramatically reduced,” he said.

While lighter in weight, Mr Smith is quick to point out that lighter does not mean weaker, with Hercules bodies performing in numerous high-impact and high-abrasion environments for well over 50,000 operating hours. Not only does the patented curved design allow for the body to absorb impact, thereby increasing durability when compared to standard bodies, it also improves operator comfort.

Dave White, business development manager at MacKellar Mining, a 20-year client of Schlam’s, says that the robust design, lighter weight and increased capacity is a huge selling point for its customers.

“With MacKellar Mining being in the market of offering dry hire as well as mining contracting services, the Original DT HiLoad Hercules body allows us to deliver more value to our clients by holding additional payload or by providing production at a lower cost.

“It all comes back to continually delivering value to our clients such as Glencore, BHP, Middlemount Coal, Sojitz, and Batchfire, just to name a few,” said Mr White.

The Hercules body set the standard that all others are now trying to achieve; however, this is not a design that was developed overnight. It has been refined and evolved over the past 25 years to become the product it is today.

HOW A HUMBLE SHACKLE, CO-DESIGNED BY SCHLAM, WON GOLD AT QLD MINING AWARDS

A chance encounter at the WA Mining Conference & Exhibition in 2021 led Schlam to collaborate with[...]
END_OF_DOCUMENT_TOKEN_TO_BE_REPLACED

Nearly 1,500 Hercules dump bodies have been designed and deployed across Australia, and that number is growing by[...]
END_OF_DOCUMENT_TOKEN_TO_BE_REPLACED

Dump bodies are moving into the earthmoving spotlight with a series of high-performance innovations that boost[...]
END_OF_DOCUMENT_TOKEN_TO_BE_REPLACED

How Good is WA Manufacturing?
END_OF_DOCUMENT_TOKEN_TO_BE_REPLACED

A long-term client of Schlam’s recently changed their mine plan.
END_OF_DOCUMENT_TOKEN_TO_BE_REPLACED

Dawson Mine is an open-cut metallurgical coal mine operation made up of three operating pits – North, Central and South. It commenced operations in 1961 and is one of the oldest coal mining operations in.
END_OF_DOCUMENT_TOKEN_TO_BE_REPLACED

The breadth of services offered by Schlam ensures that we are able to satisfy all major mobile plant shut downs.
END_OF_DOCUMENT_TOKEN_TO_BE_REPLACED